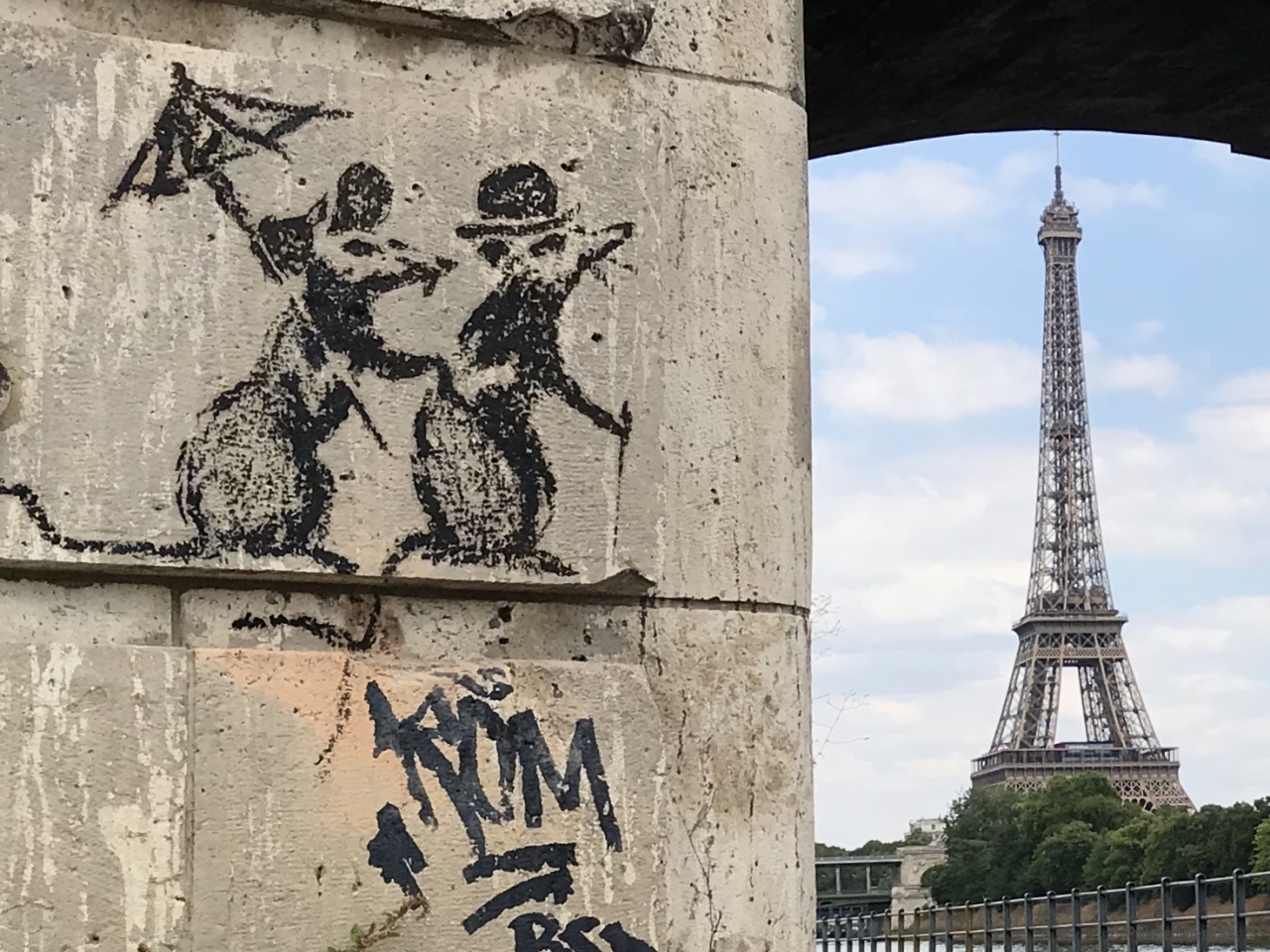 June 2018 and we just happened to be in Paris, it was a popular time with Fashion Week in full swing.   Fortunately our visit was perfectly timed as that is when the first rumours of a possible new Banksy in Paris emerged.

All in all, there were 10 new Banksy pieces scattered around Paris. Interestingly there had actually been 11 new pieces sprayed with another 2 works that had been revisited and amended.  The first Pompidou rat was confined to the history books when it was replaced by a much bigger brother sprayed straight over the top.

The 2 champagne rats were both buffed (well, one was carved out) and then repainted in different positions.

With some great political and social commentary; Banksy delivered so many messages about the shifting political agenda, capitalism and the growing facist tendencies.  He challenged us all to question what we are being told and where we are being lead.

On top of this there were many other positive messages, marking the anniversary of the events of Mai 68, paying homage to Blek le Rat for his pioneering stencil work.  Then there was the beautifully poignant tribute to the victims and rescuers involved in the Bataclan terror attack in November 2015.

Some pieces are now behind perspex, others have been vandalised or totally destroyed so the images here capture many of the works as near to their original state as was possible.

Thanks to @sofiluno for providing the pics of those we missed.

All images subject to copyright.